Question: is it still considered candy if you mix it with flour and sugar and bake it into a cookie? 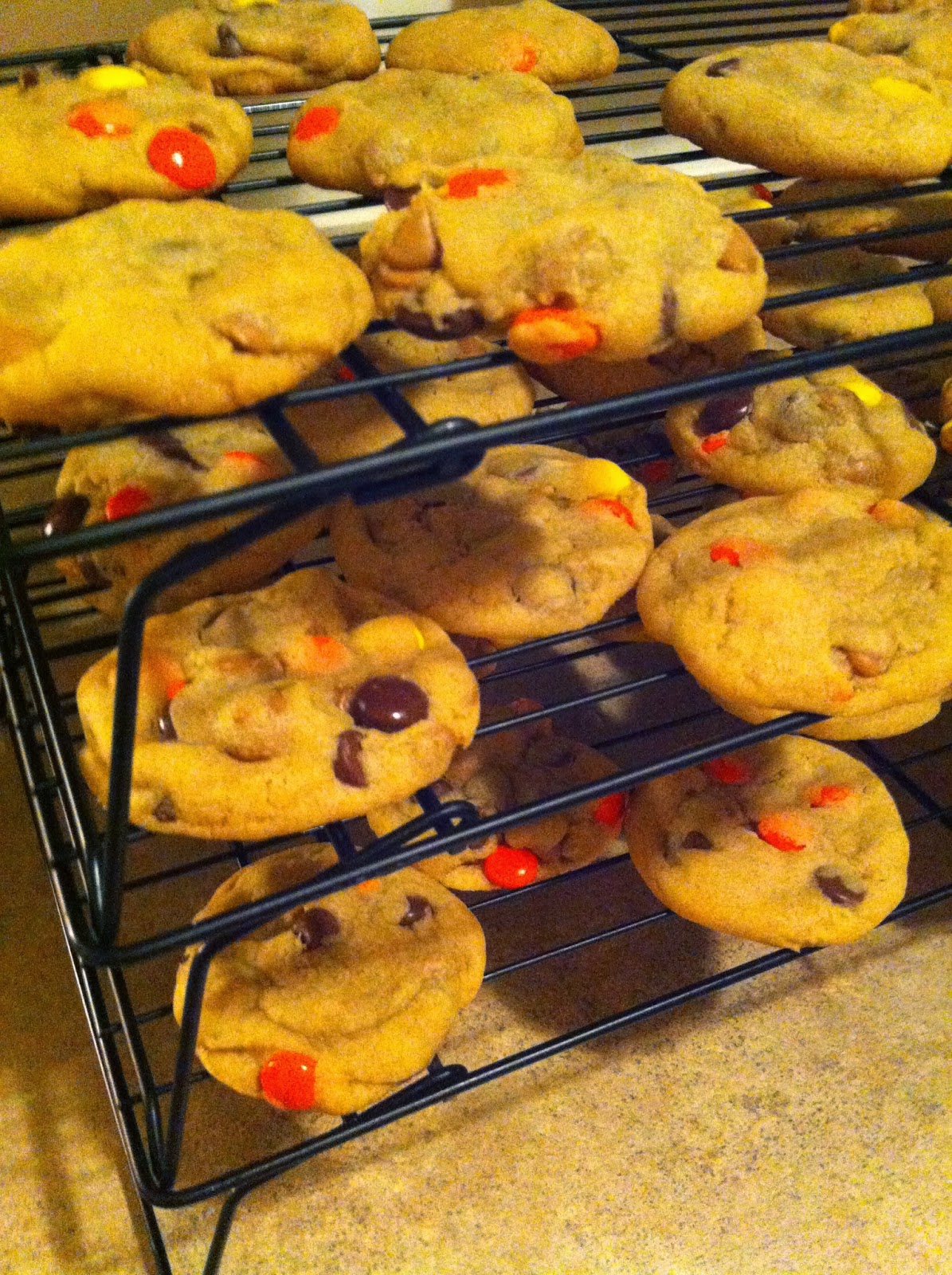 This is the time of the year for candy! Halloween is around the corner and whether you are looking to bake up some treats for the office or make some of the candy disappear so you don't eat it by the handful, this recipe is for you. The pudding makes the cookies so soft and the peanut butter AND chocolate chips WITH the Reese's pieces makes them heavenly. You will need some milk to wash this down.

Seriously no evil spirits in these cookies at all.... unless you're counting calories. :) 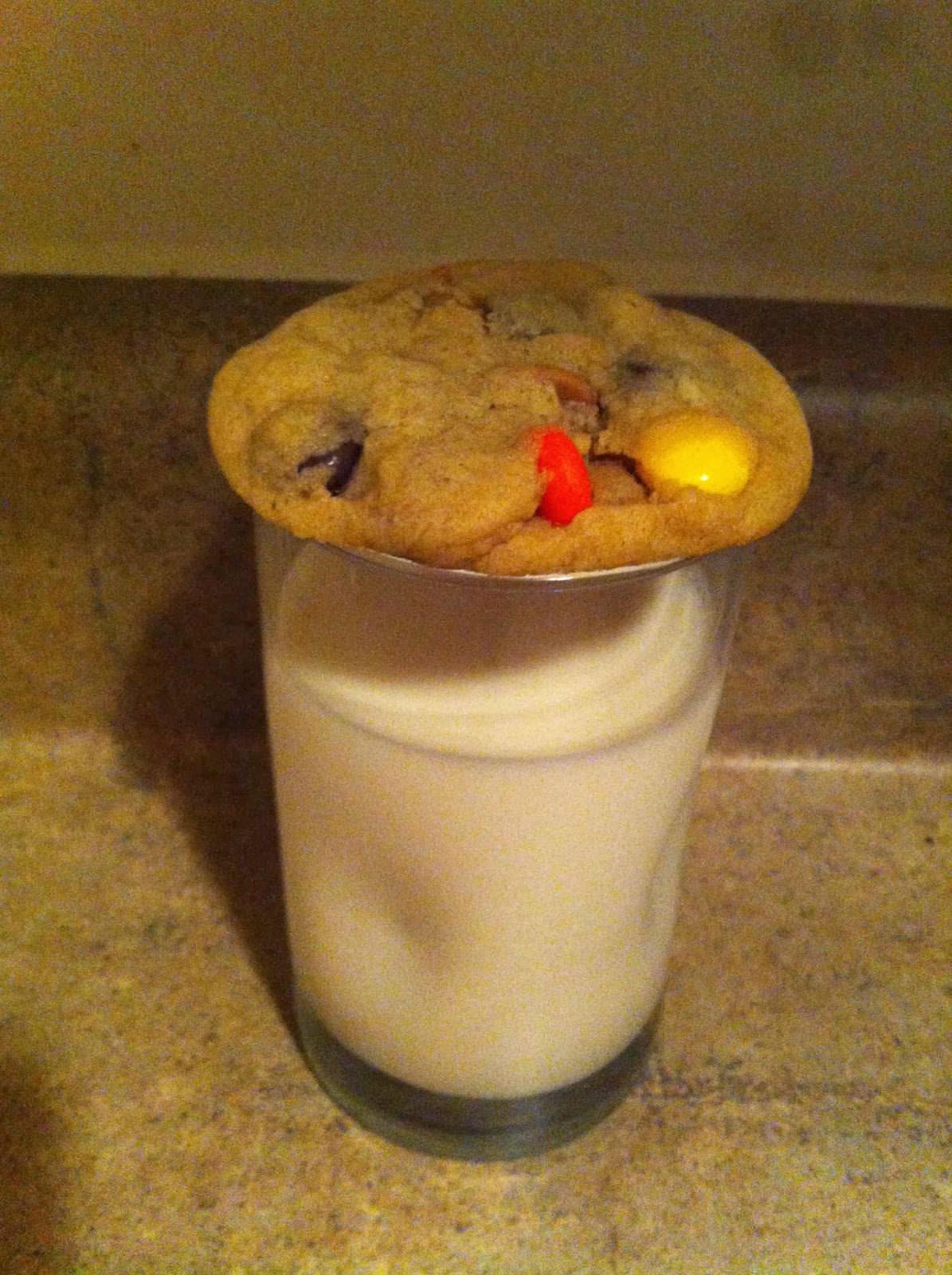 In the bowl of your stand mixer with the paddle attachment (or in a large bowl that you can use your hand mixer with), beat the butter, peanut butter, and sugars on a medium speed until fluffy, about 4 minutes. Add the eggs one at a time and mix until combines. Beat in the vanilla extract.

Combine the flour, baking soda, salt, and pudding in another bowl and whisk to combine. While your stand mixer is beating on low, add the flour mixture until combined. Remove the bowl from the mixer and stir in the candies until incorporated.

Roll dough into balls about 1 tbsp in size and place on your prepared baking sheets. Flatten with your hand until they are about 3/4 inch thick.

Bake 10 minutes. Cool on the sheets for a few minutes before transferring to a wire rack to cool completely.

I started playing it shortly after it became super popular. BUT I refused to link it to my facebook because why in the world would I want the world to know how much time I waste playing games on my phone? So eventually I hit that level that I needed to get help from my facebook friends (or pay money to the app store) to move on. I said, see you later, Candy Crush. We are over.

Then recently I learned that they have these "quests" you can play to avoid asking your friends for help. I resisted for a little while but then I downloaded it back on my phone. Now, I've been playing it probably too much lately. What can I say? It helps me de-stress.

You know the best thing about Candy Crush? You can only play it for a certain amount of time. There is a built-in, put-your-phone-down-you-idiot-and-do-some-real-work fail safe. Talk about genius. Thank you, creators! 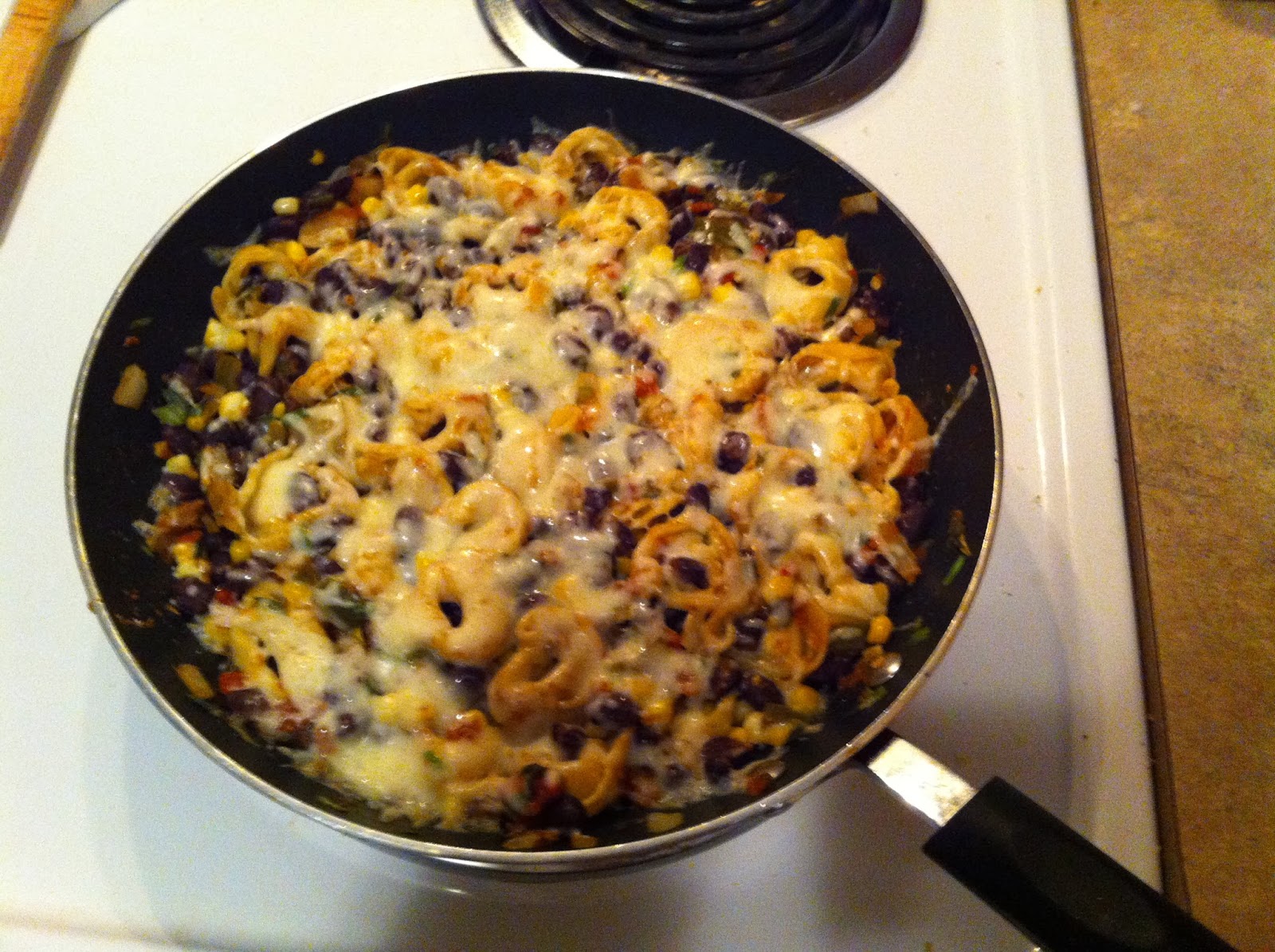 This tortellini skillet will prove to be just as addicting as Candy Crush. It is super quick and easy to make but packed full of flavor. It will be like when one of the wrapped candies and one of the striped candies mix in the game and you get a giant big candy that crushes lots of rows and columns. But in your mouth... in the flavors of Mexico. Bring a large pot of water to a boil and cook the tortellini according to the package.

Top the pan with the shredded cheese and broil for about 1 minute until the cheese is melted and browned slightly.

Let's talk about belts for a few minutes. 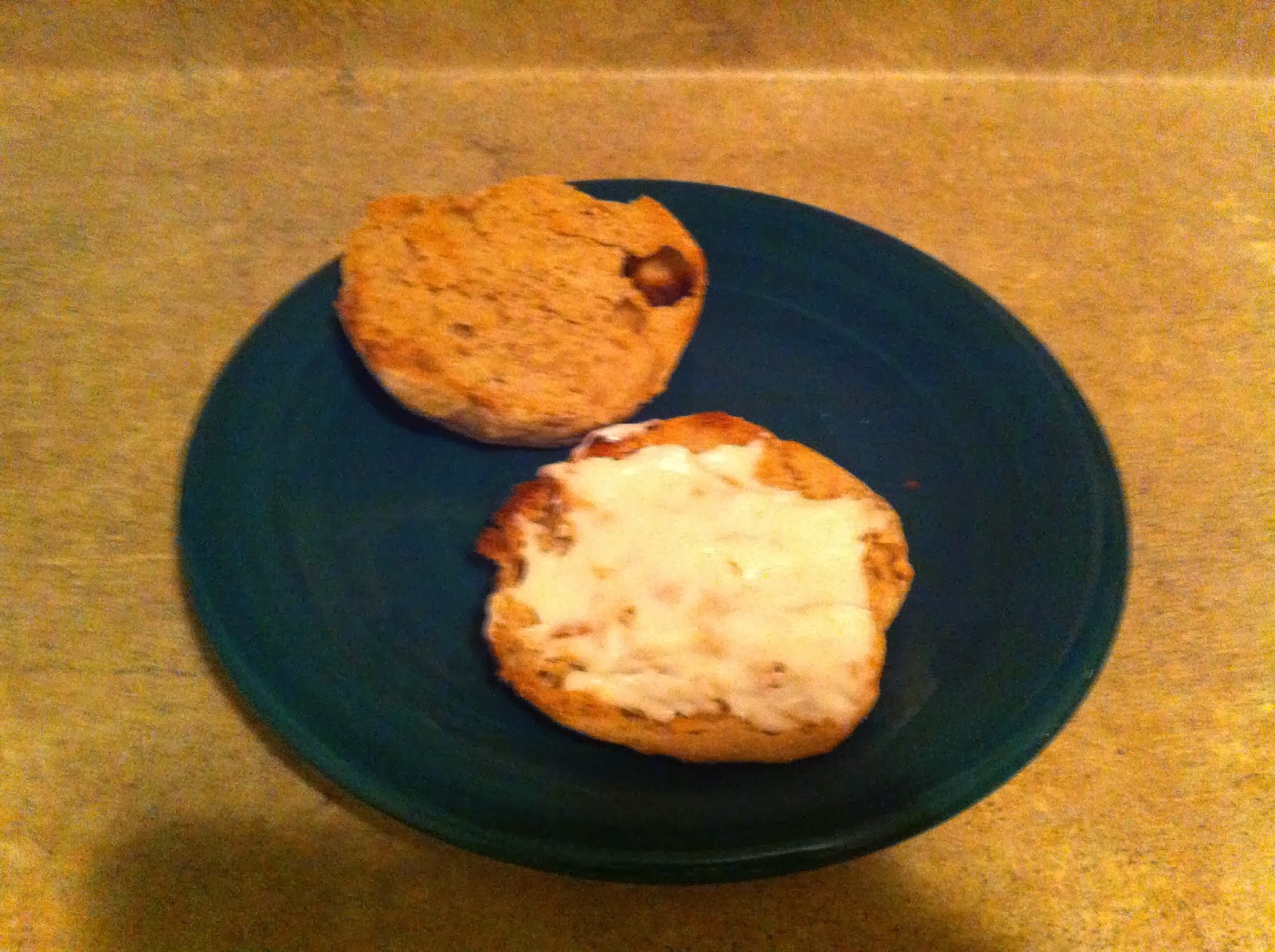 I purchased this one brown belt from the Buckle when I was in high school. Yeah, remember when you used to want to buy everything from the Buckle like their really expensive jeans and Doc Martens? Well, I bought this great brown belt. I wore it ALL THE TIME. 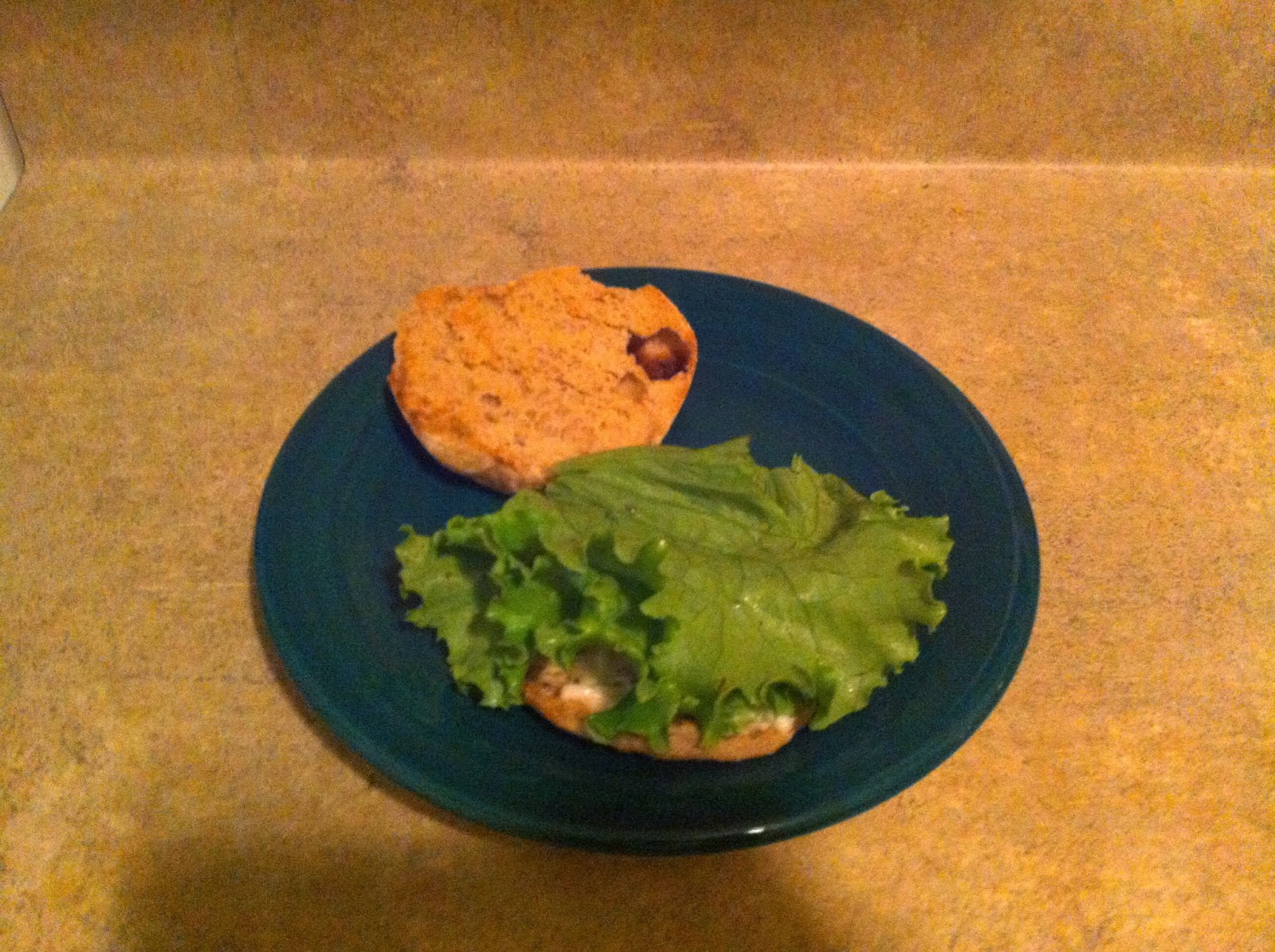 Then, of course I realized I needed a black belt, because we all know that one of the biggest fashion faux pas is a brown belt with black shoes or vice versa. So I bought a black belt from the Buckle for those intermittent times I wore black shoes. And there we go, a belt for every occasion. 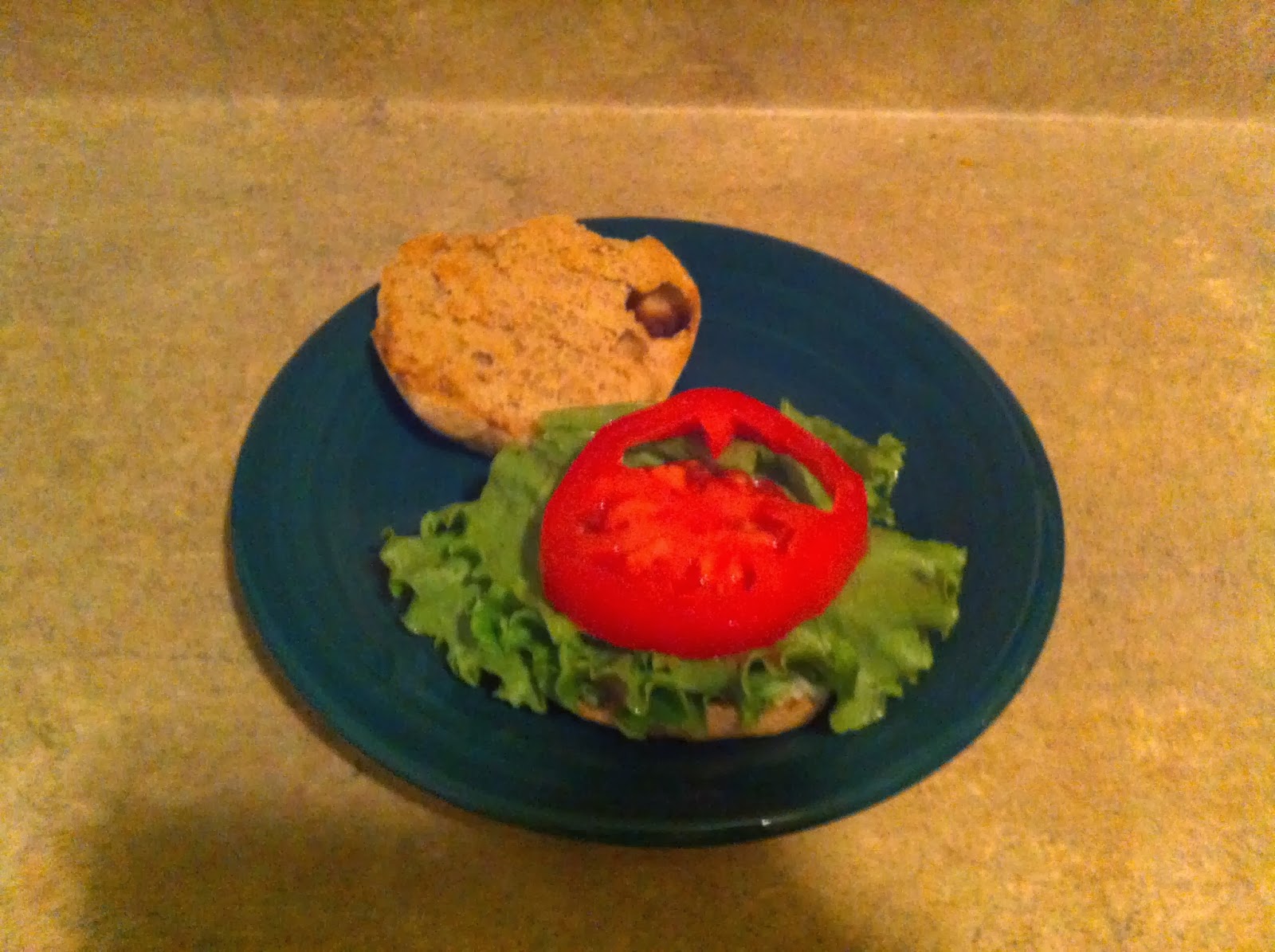 As I have grown up (and definitely out of my Doc Martens, but not jeans, still L-O-V-E jeans), I have become a black-based outfit person. That means in the past 12 or 13 years since I invested in that black belt, I have worn it A LOT. It has worn holes... yes, multiple holes that have seen me through the shrinking and expanding stomach through the years. So imagine my disappointment when I realized that the belt was heading towards the end of its life. The stitching holding the buckle in place was about to give way forever. :( 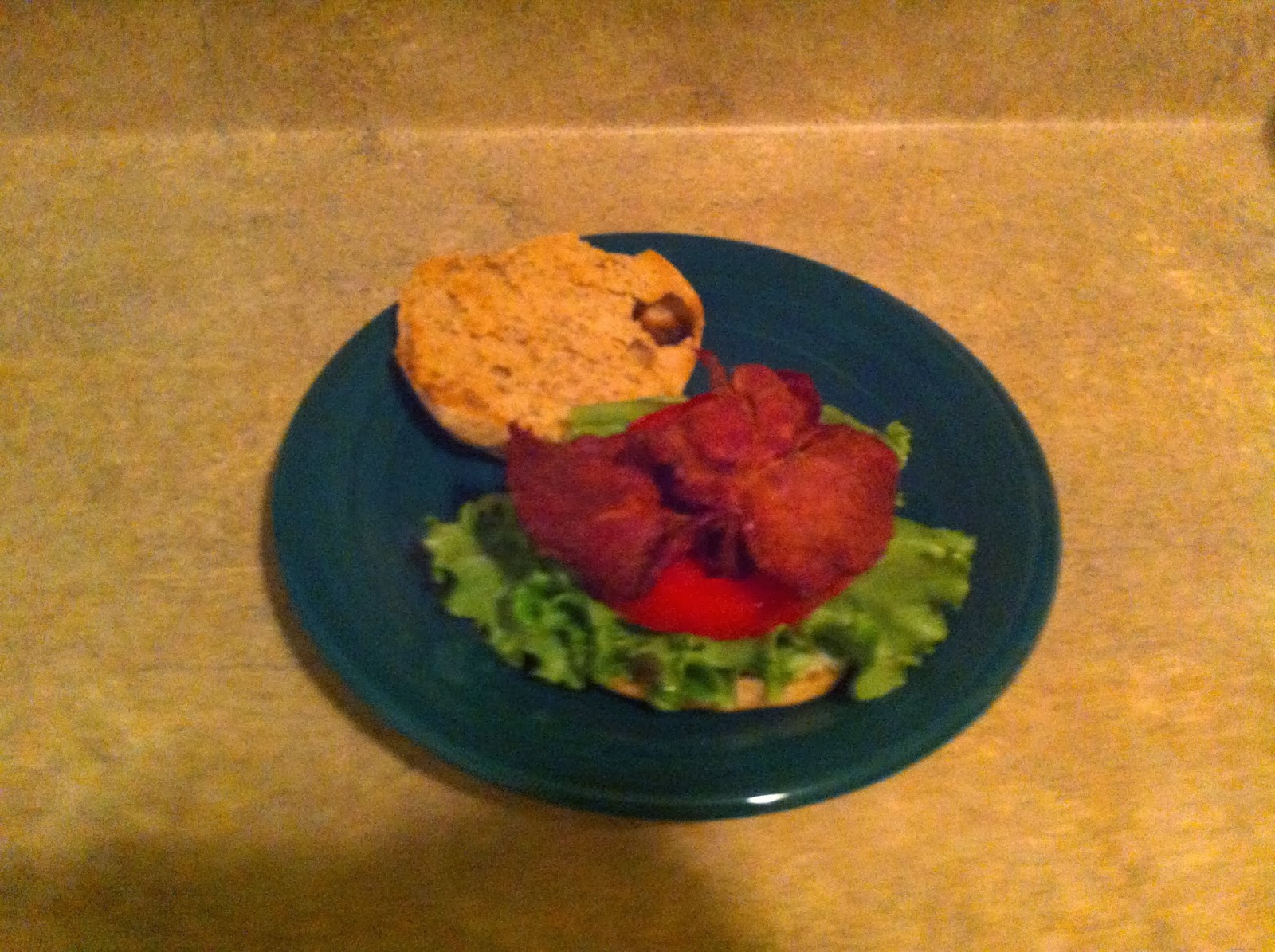 I had to purchase a new belt. Nothing as great as my old one, but it'll get me through the days. 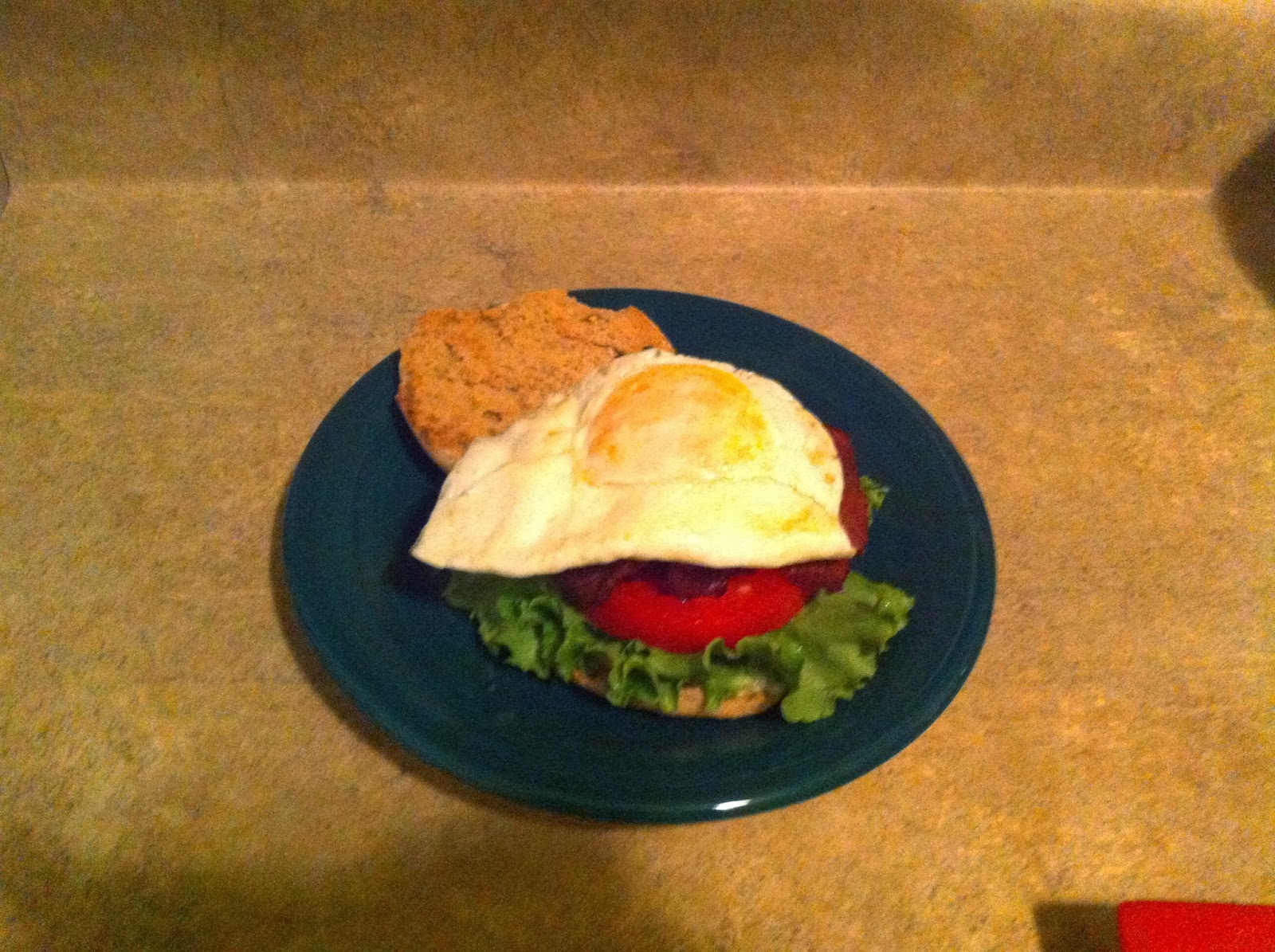 Now you want to know about the best belt? A Bacon, Egg, Lettuce and Tomato sandwich. Haha, you see what I did there? I know you probably don't need me to spell out how to make a BLT (with an egg), but I wanted to speak a little on this cottage bacon. I got it at the meat lab on campus. It is less fatty than typical bacon and mighty delicious. You should try it out. 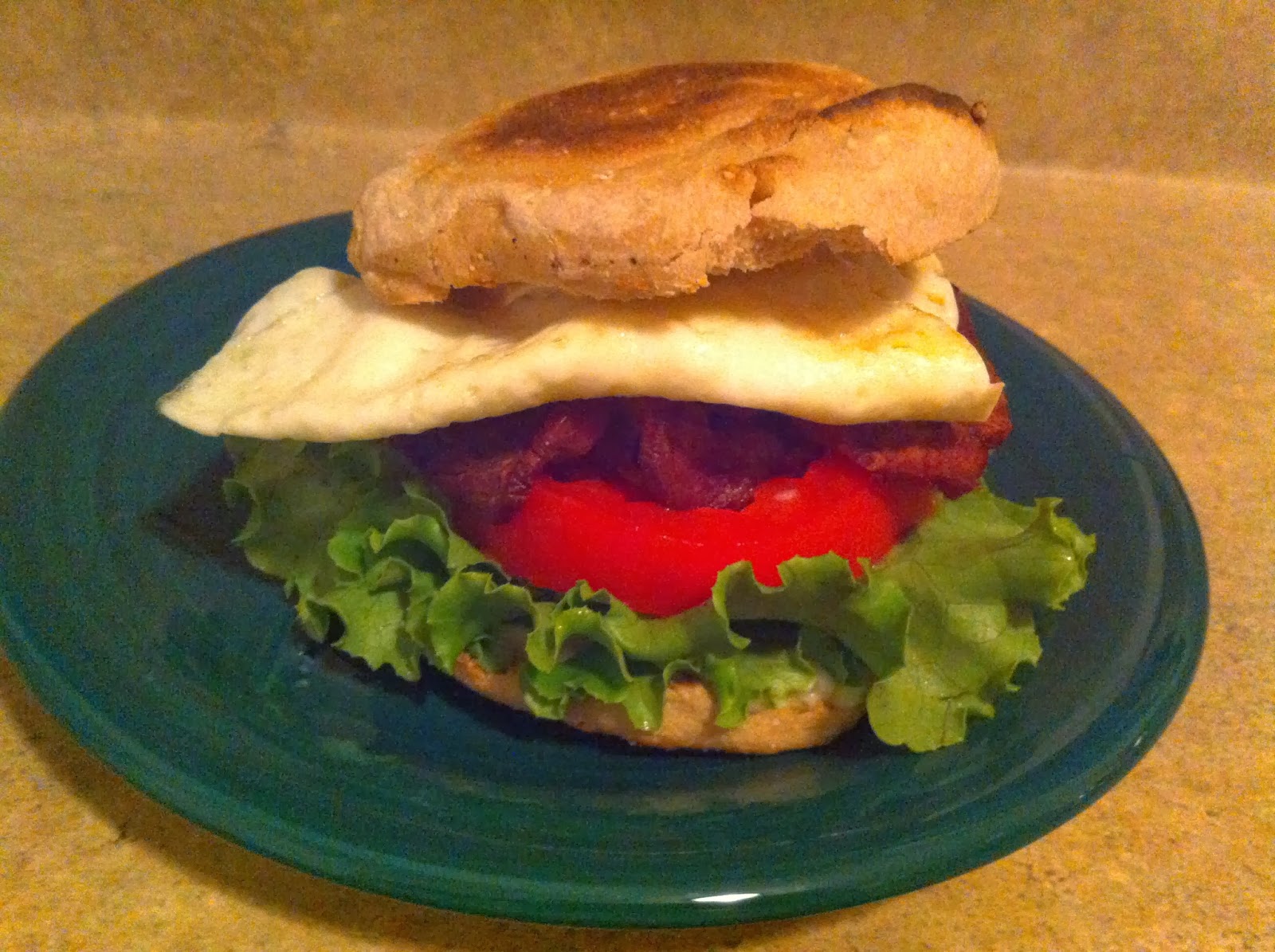 Wear your belt and eat one too. 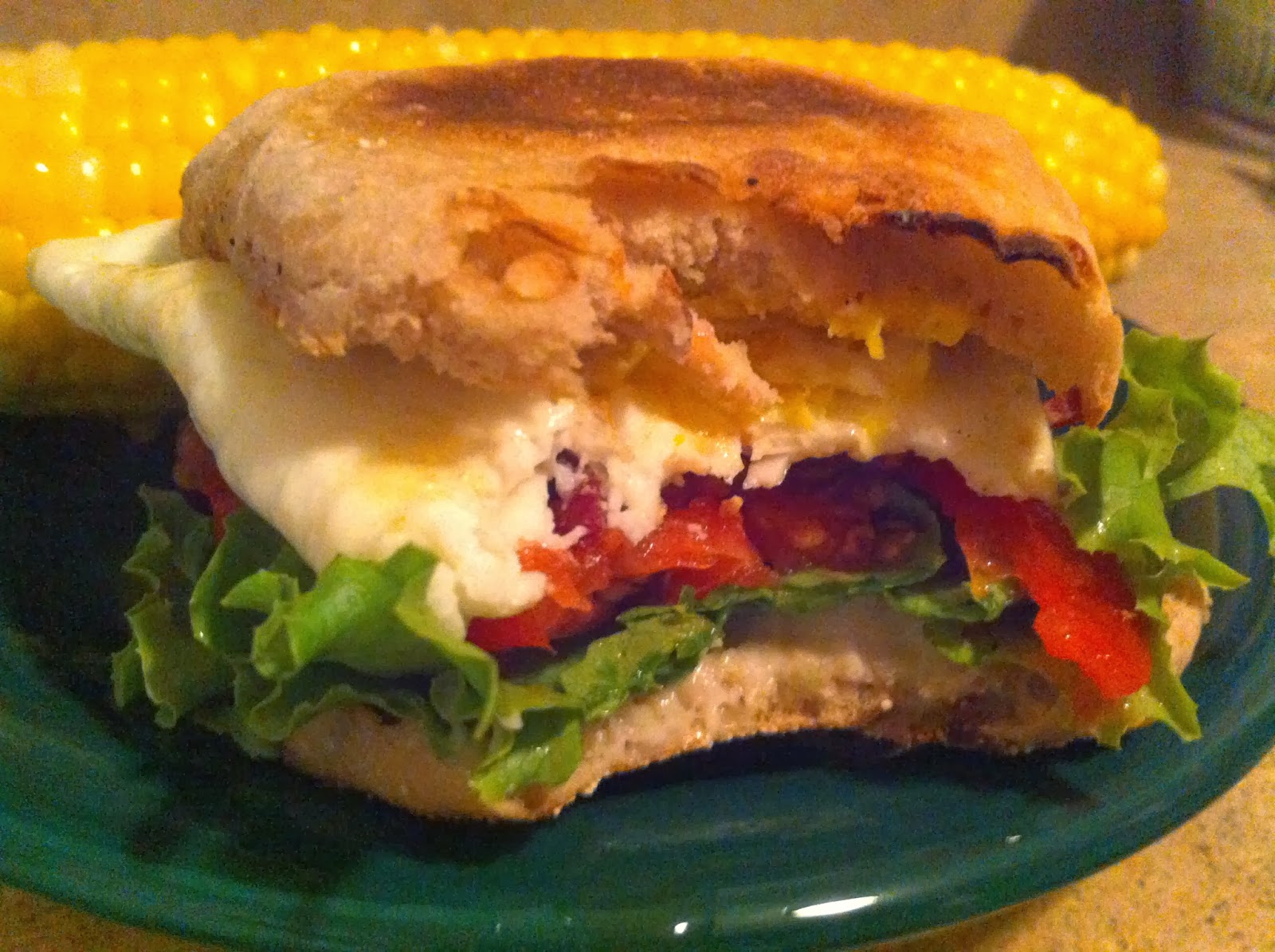 Did anyone else have a crazy sparkly belt when they were in high school?

Directions:
Spread the miracle whip on one of the muffin halves. Top with the lettuce, tomato, bacon and egg. Top with other half of muffin.