Homemade cinnamon rolls have been on my bucket list for years. A quick perusal of my Pinterest boards shows at least 15 different recipes for these sweet breakfast treats. A while ago I made homemade cinnamon roll biscuits that were delicious and allowed me to get them to my stomach table in just over a half hour. But they aren't quite the puffy, fluffy, yeasty cinnabon-like rolls that I'm really craving to make from scratch. The ones I want to make take a long time: typically kneading, two rises of at least an hour each, plus baking. I'm sorry but I do not normally put that much effort into breakfast for myself. Now if you (any of you) came to visit and I had an excuse to get up extra early and make you a special treat, maybe I could convince myself the time was worth it.

Since most normal people don't spend hours prepping breakfast, today's shortcut recipe is a great one for when you want to impress your overnight guests. I cannot take credit for this ingenious idea of stuffing cinnamon rolls with brie cheese. One of my friends totally did this first and as soon as she told me about it, I put cinnamon rolls and brie on my grocery list. Oh it lives up to what you would expect. Delicious! And so easy! 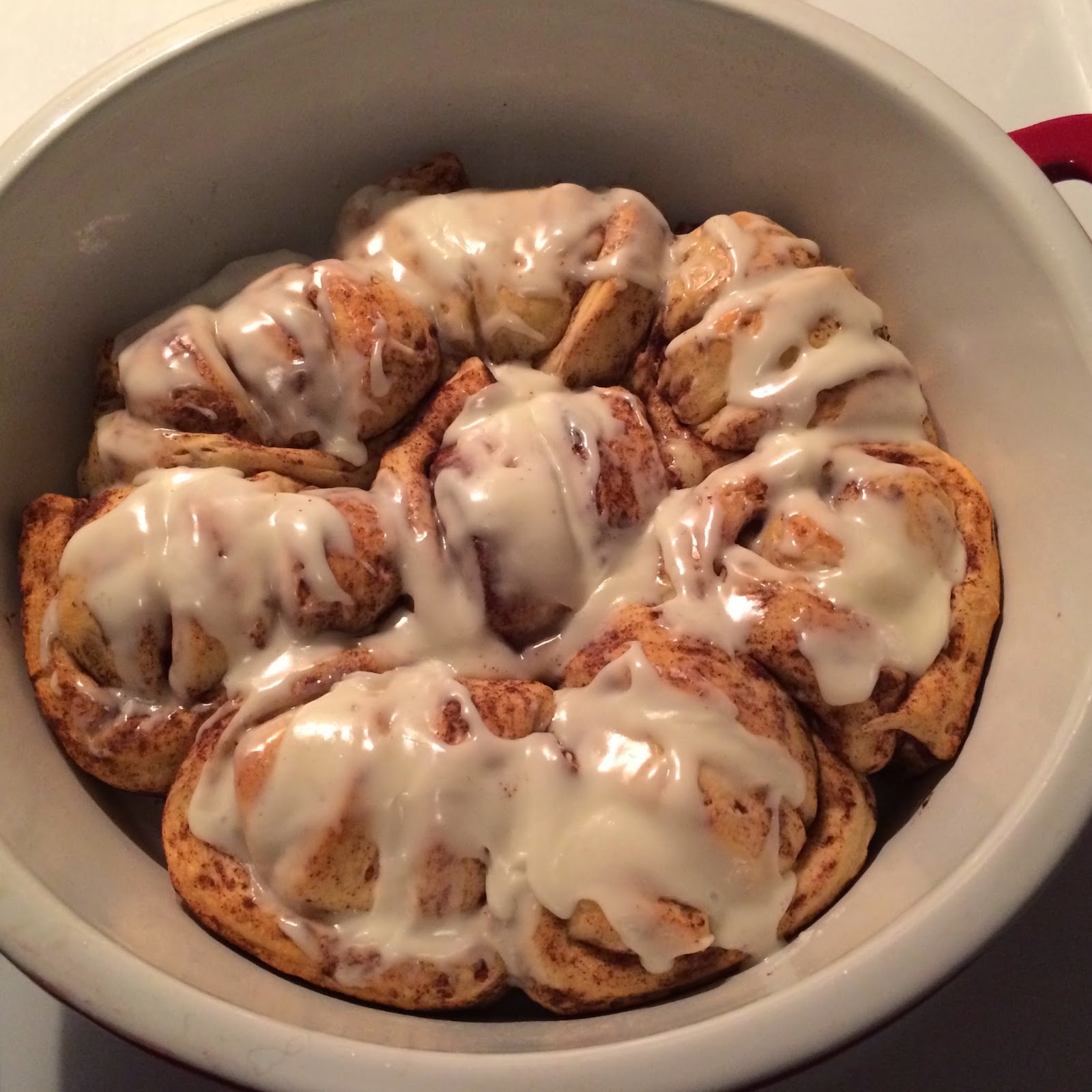 Make this on Saturday. Or Sunday. And say thank you to Alison! 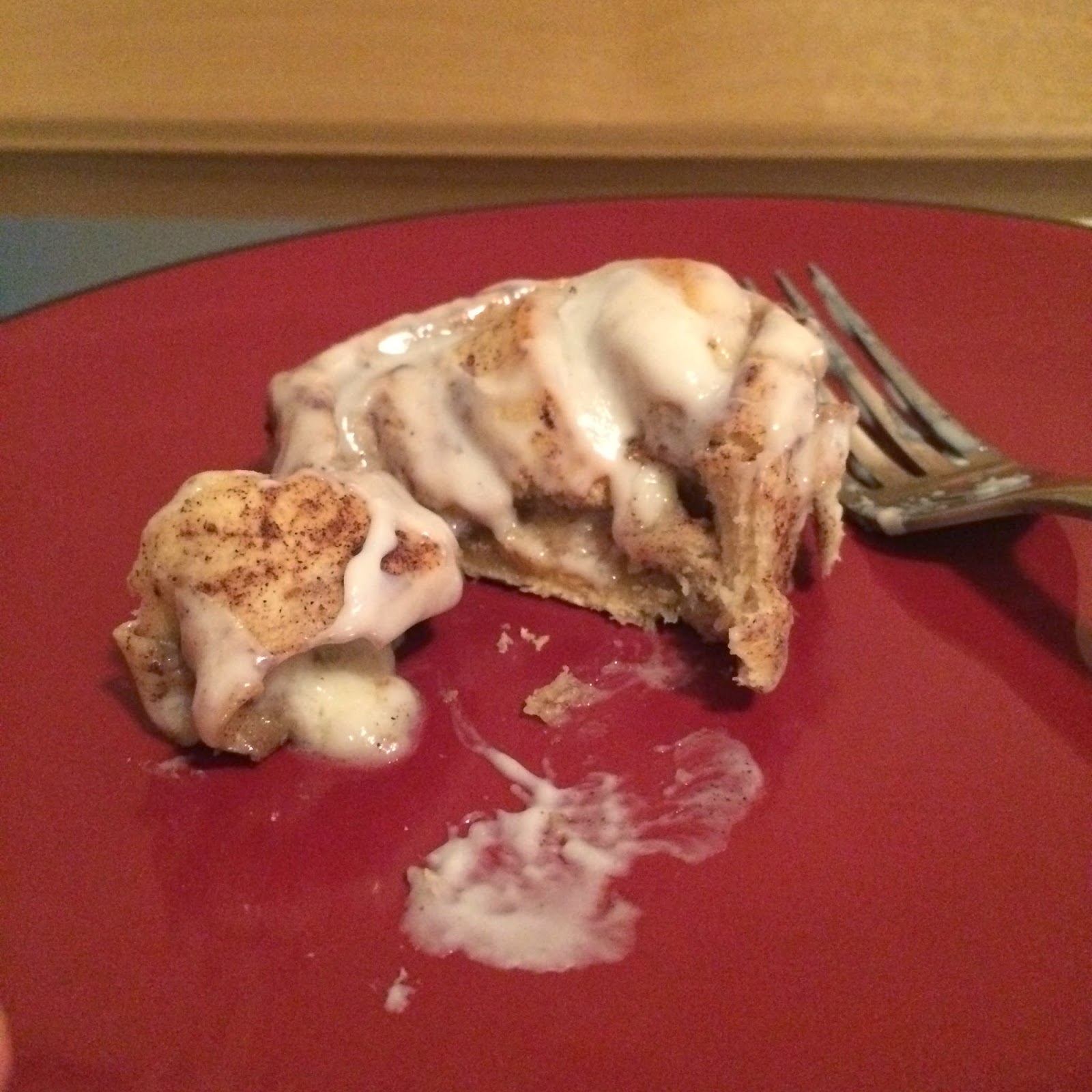 Slice the cheese into 6 pieces. There is no need to remove the rind. Pop open the cinnamon rolls. Working with one at a time, unroll the cinnamon roll, place of piece of cheese in the center and reroll covering all sides to seal in the cheese. Place into the baking dish.

Bake for 14-18 minutes until hot and browned. Let cool slightly and then spread the icing on top.